I discovered that my first implementation of the new “remote fields” feature (part of docs/tickets/54) was too simple. Worked another 5 hours to get it running: 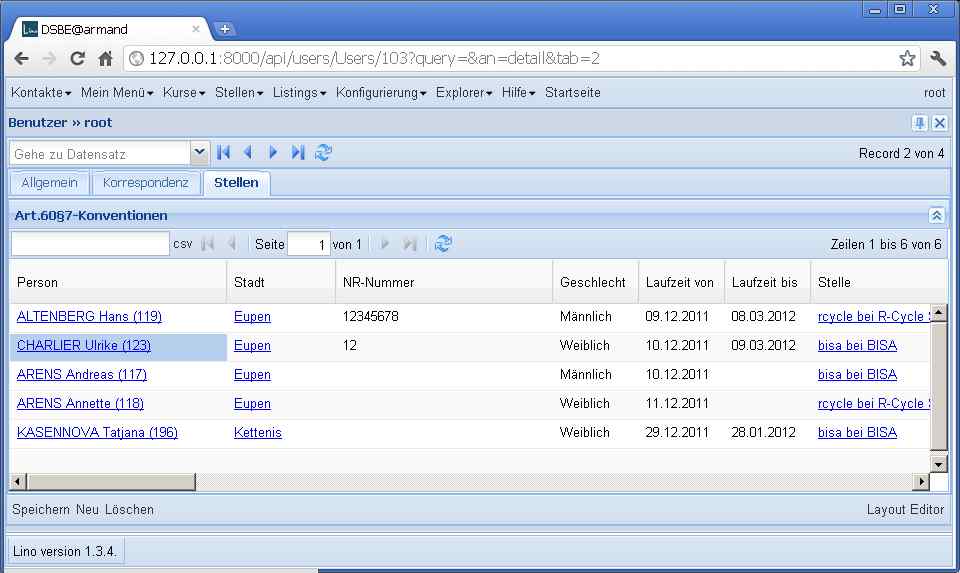 The screenshot shows fields city, national_id and gender from the Person of each Contract. Remote fields are always read-only.

Another nice detail: ChoiceList fields always had a hard-coded default preferred_width of 20, which was too much for the Gender field, for example. New class attribute preferred_width which is automatically set to the maximum length of the choices texts (using default site language). Currently you cannot manually force it to a lower value than that. And it might guess wrong if the user language is not the default site language.