Wednesday I started another avalanche of code changes. The triggering reason was that we wanted to define field sets and their labels in a form’s layout, not on the model.

Lino was under narcose for two days and now is waking up with some fundamental parts replaced by a shiny new approach. That’s why we switch to version 1.4.0.

lino.core.fields.FieldSet has been completely removed

One short-term disadvantage is that the “[Layout editor]” button is no longer possible since the definition can be more complex and spread across several source code files. But I’m dreaming about a new button “Show Source Code” that would open a “Source Code Inspector” with optional “Edit” buttons…

Another side effect is that I finally found a solution for longterm layout bug. Here is how the detail of a note has been looking “from the beginning”: 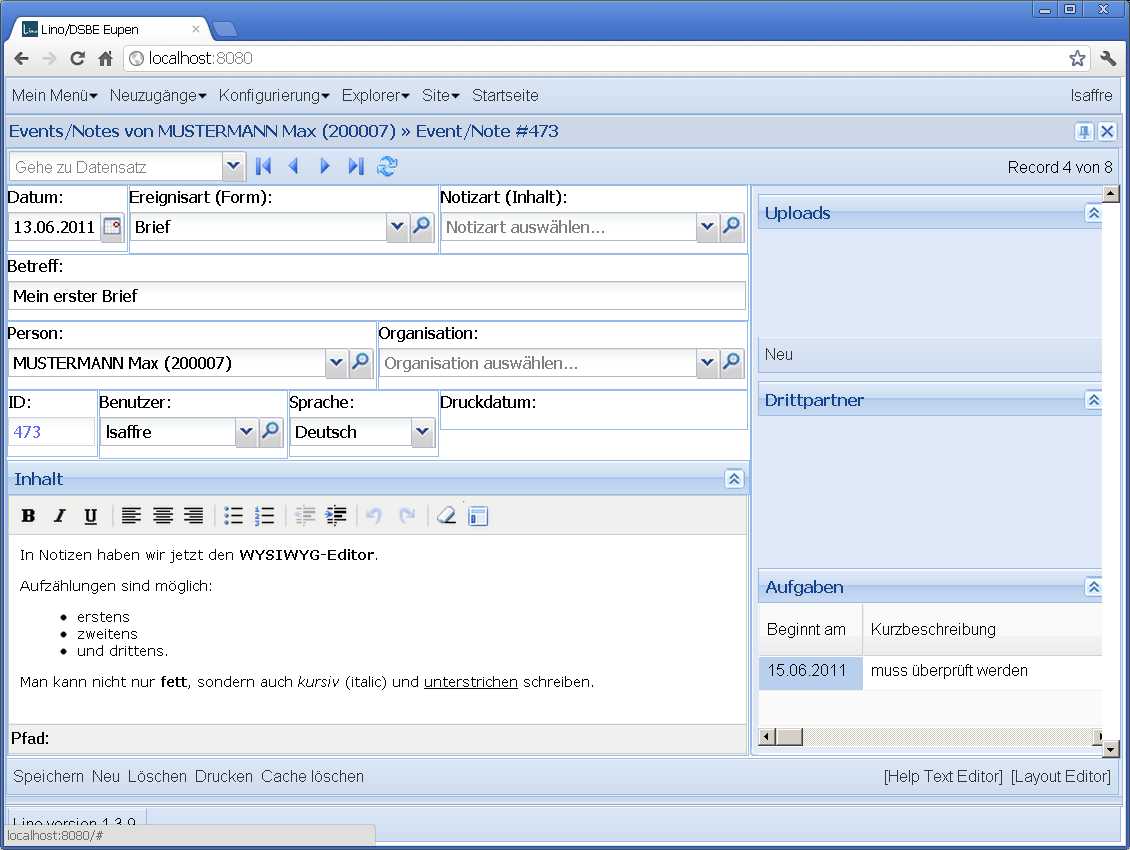 Now it finally looks as it always should have : 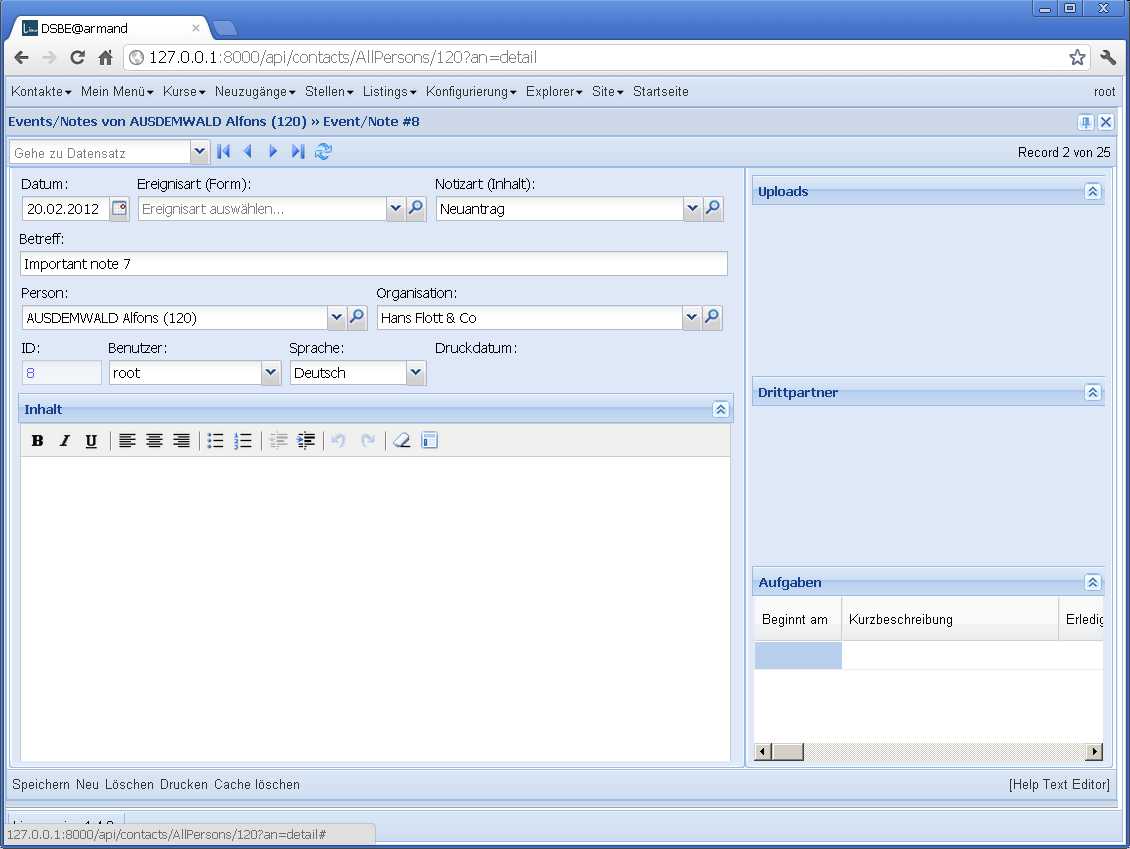