How to generate chunks of ODF XML¶

I rewrote lino.utils.appy_pod.Renderer.insert_table() completely so that now it uses lino.utils.xmlgen.odf to generate the chunks.

See the source at /lino/utils/appy_pod.py.

So yes, it seems that ODFPy won’t get it into Lino. My first impression turned out to be wrong. It is possible to not use ODFPy, and I will do it because it is one dependency less for Lino.

I remain open to the idea of getting back to ODFPy in case it turns out that Søren continues to maintain ODFPy, because my method is not as beautiful and because lxml has a disadvantage of not playing well with mod_wsgi in certain configurations (see https://www.lino-framework.org0407.html).

Internal changes: The actor of ActionRequests and TableHandles was internally still stored in an attribute report. Changed to actor. Renamed ActionRequest.spawn_request to spawn.

Adapted the default template to the new possibility. Here is how it looked before: 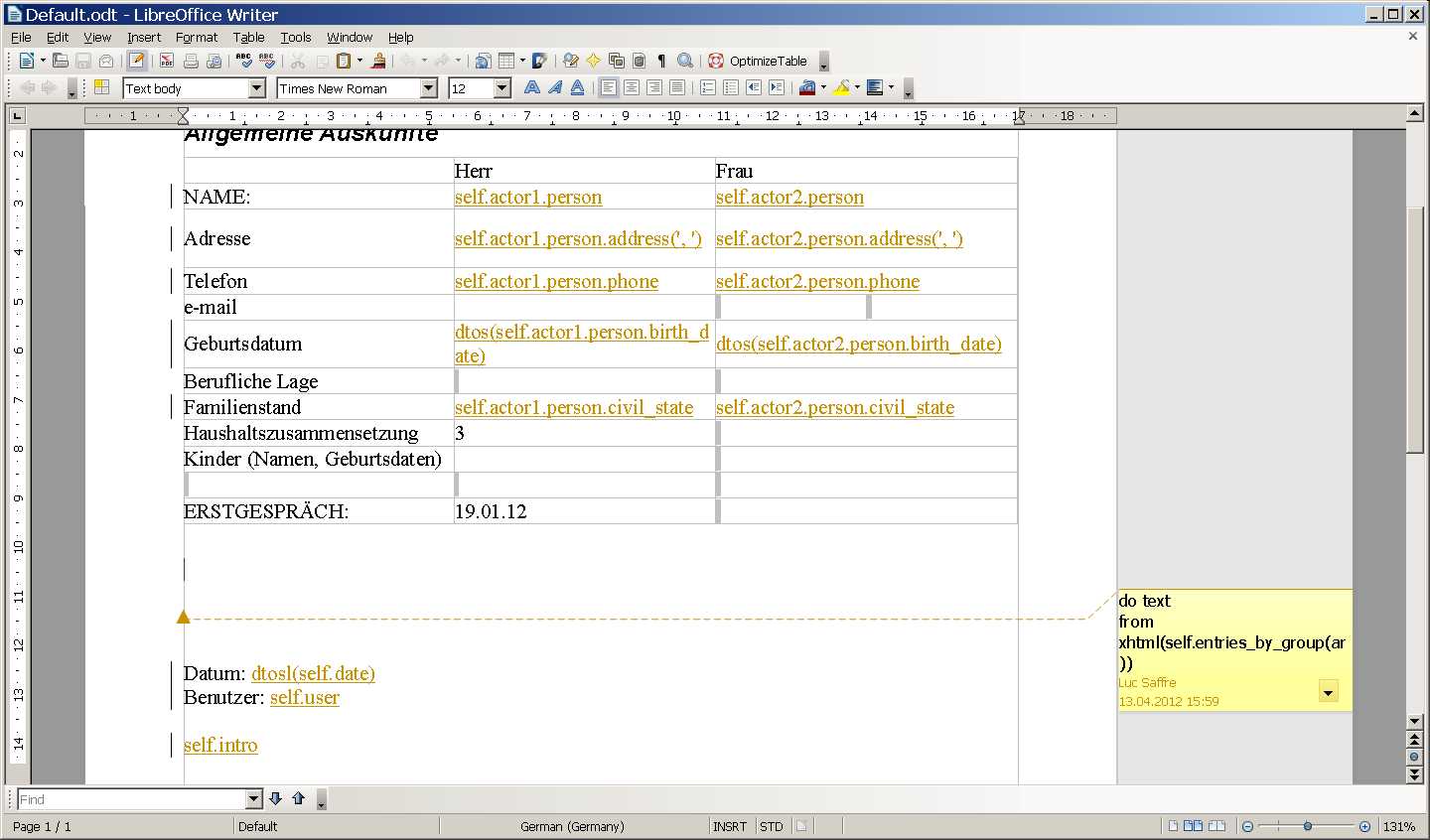 An entries_by_group method (see https://www.lino-framework.org0413.html) is no longer necessary. Here is the new template: 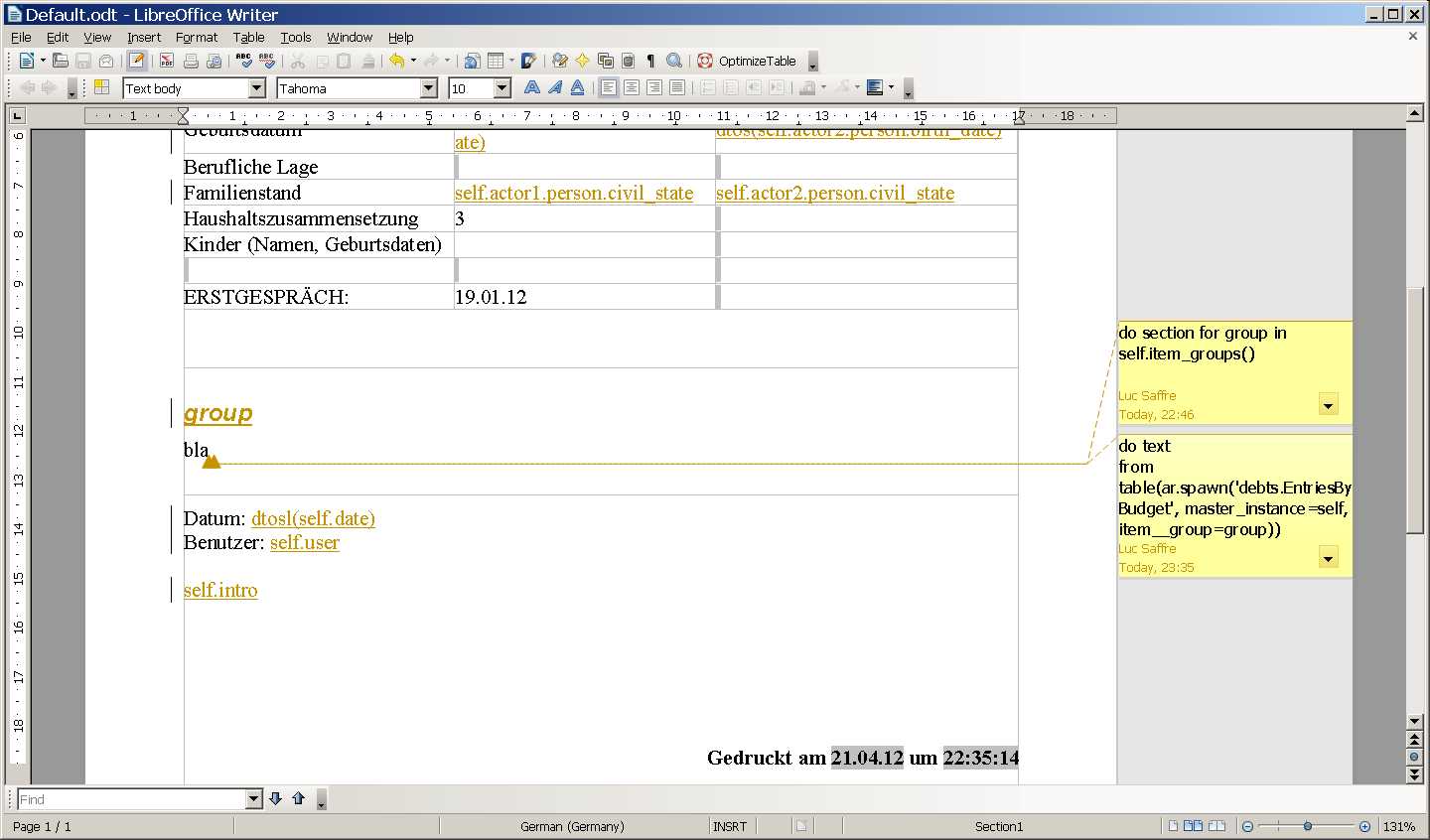 And a result (where the important evolution against last week is the formatting of tables): 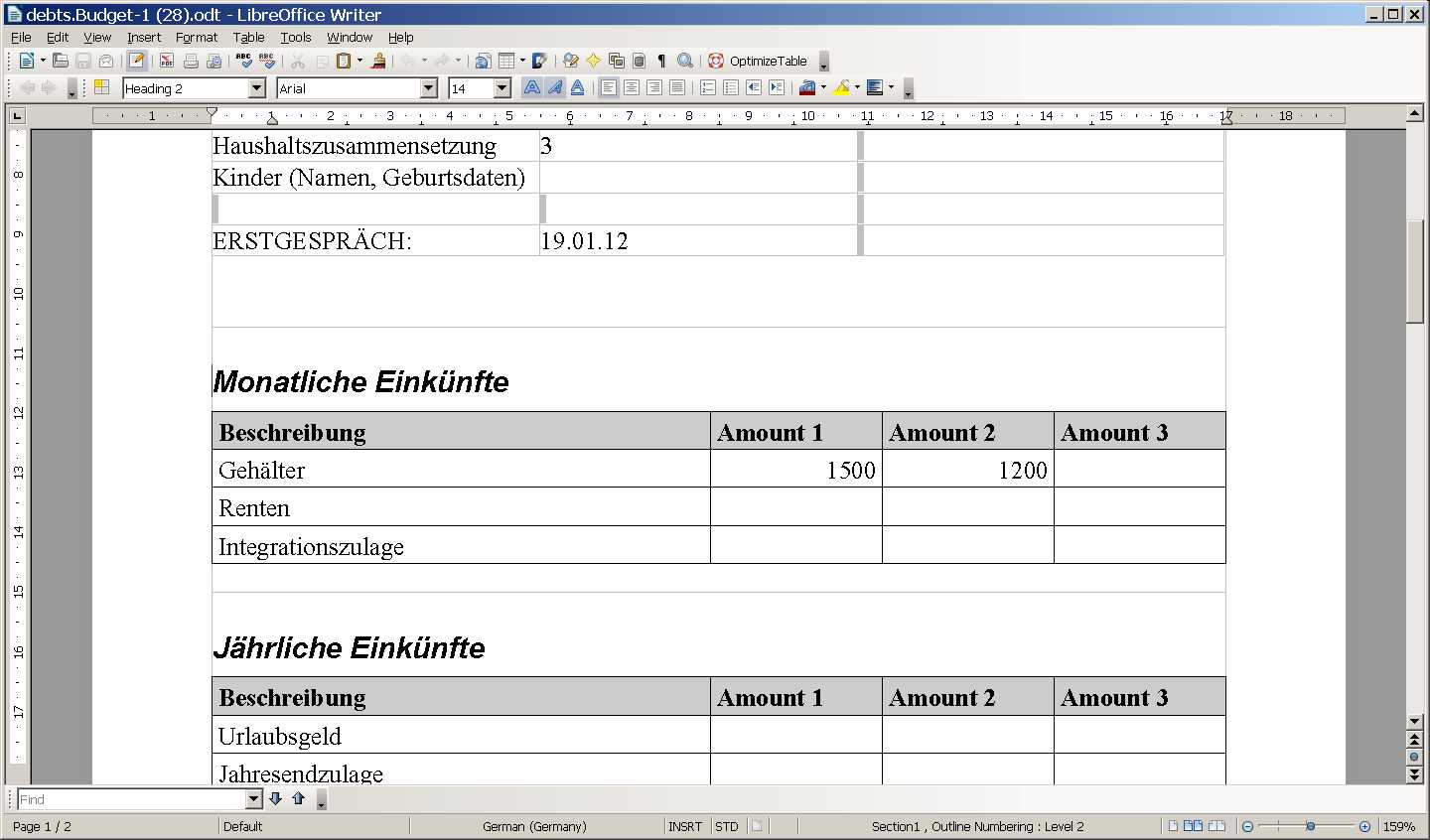