Added a “basic accounting truths” section to faggio.tested.faggio. These things are still evolving. For example a Sales journal has its dc field set to Debit, but what exactly does that mean? It means that a voucher with a non-negative total amount will debitate the partner account (and thus creditate the sales account).

Since DebitOrCreditField is basically just a BooleanField, it used to be rendered as a checkbox. Now we have a new magic attribute “lino_atomizer_class”. We don’t want to define this as a core atomizer because this implementation is just one possible choice.

I wasted one hour into something which was absolutely not necessary: when an internal server error occurs I wanted Lino to not “shout” at the user, i.e. to say “Internal Server Error” instead of “INTERNAL SERVER ERROR” as the title of the alert message.

Since that title is the “response status text”, which is not really easy to customize, I let the client to the work. Added a function toCamel to the Javascript String class:

Here is a screenshot after and another before: 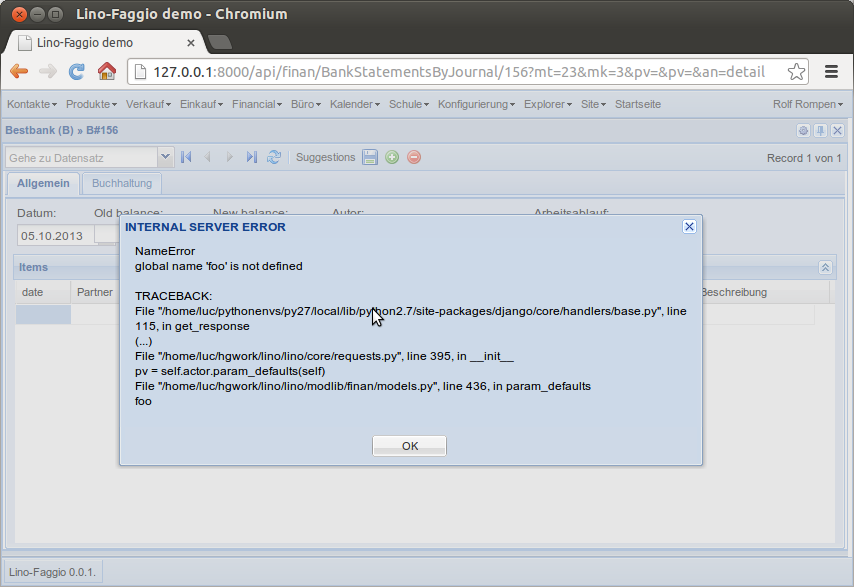 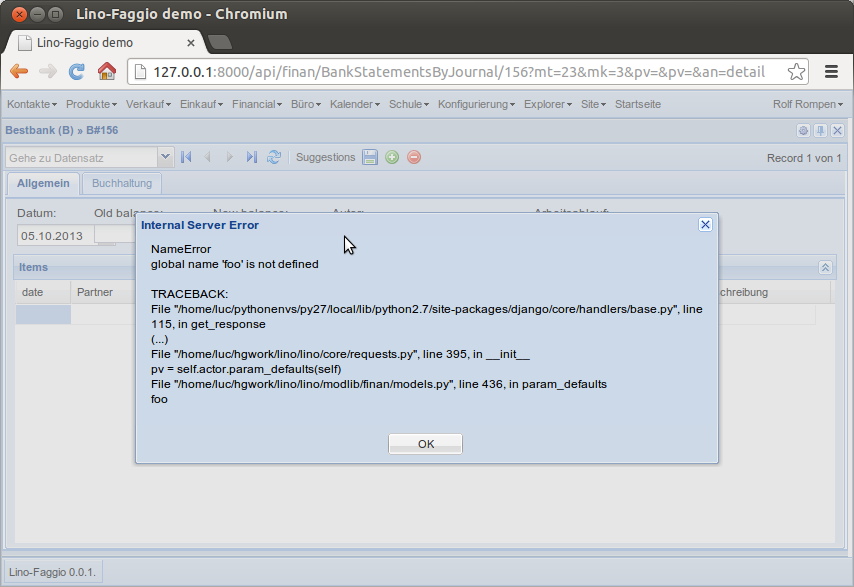 The trade_type of a financial journal was ignored until now. But now it is used to limit the suggestions made. A side effect is that “Payment orders” moves from “Financial” menu to “Purchases” menu.

BankStatements now get their balance1 filled with balance2 from previous statement.