Getting started with Lino Così¶

Johannes is trying to get a Lino Così up and running. Which revealed some problems.

Here is an example case in the demo data: 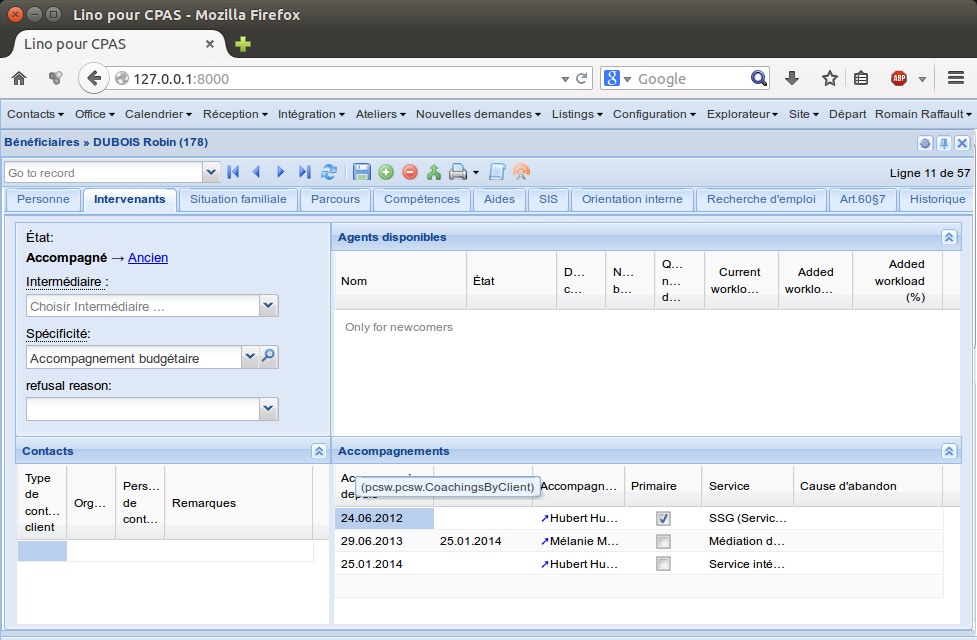 pcsw.Clients with parameter coached_by set to “Mélanie” should not show this client. But currently it does.

Added a test case in The lino_welfare.modlib.pcsw plugin.

The directives defined by atelier.sphinxconf.insert_input now cause a warning and report the filename and line number when an exception occurs. This helped me to unreveal the following problem which had been occuring for some time when building the docs for Lino Welfare.

A default implementation of dd.Model.get_print_language() is now defined on every model. No need to explicitly declare it as dd.Printable. This is because lino.modlib.excerpts makes printability “dynamic”: it makes it possible to turn any model into a “printable” just by creating an lino.modlib.excerpts.ExcerptType for it. Another such method is dd.Model.get_print_recipient() which returns None by default.