I committed a series of changes with my unfinished work on #1307:

I knew that the ticket is a challenge for Lino. Managing users is a quite complex chapter, and Lino was until now very minimalistic there because it was being used only in intranets.

Yesterday I thought to do this with Hamza because (1) it’s an interesting example of how taste can differ between developers and end-users and (2) because he would have helped me with scanning the git history in order to find the place where I removed the icons. But I solved (2) on my own (thanks to this discussion on SO):

And concerning (1) it is more efficient to take two screenshots and document it also for future generations of Lino developers: 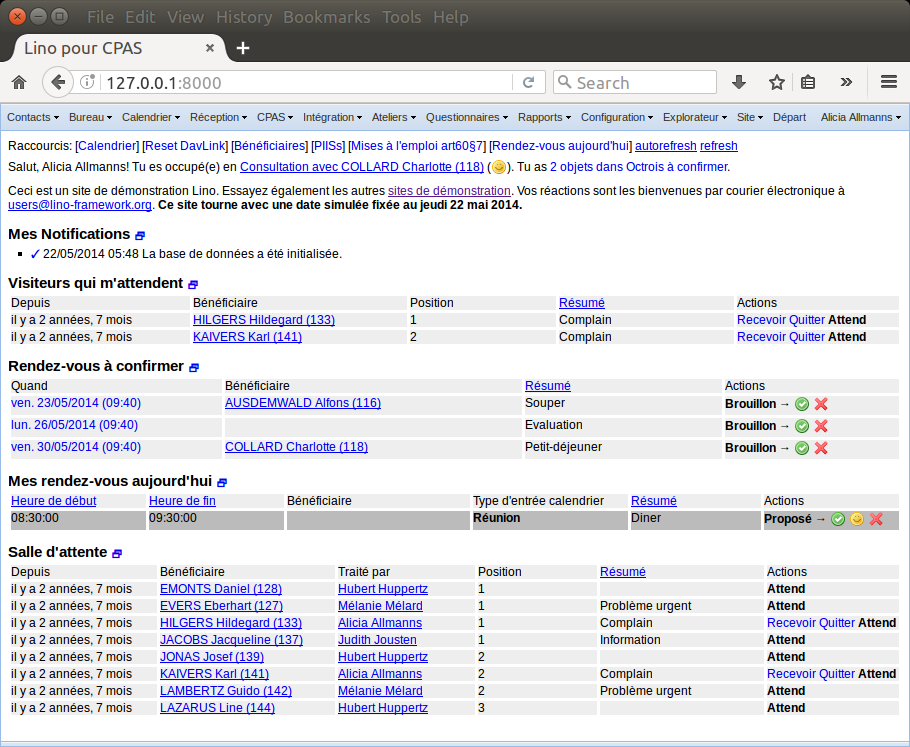 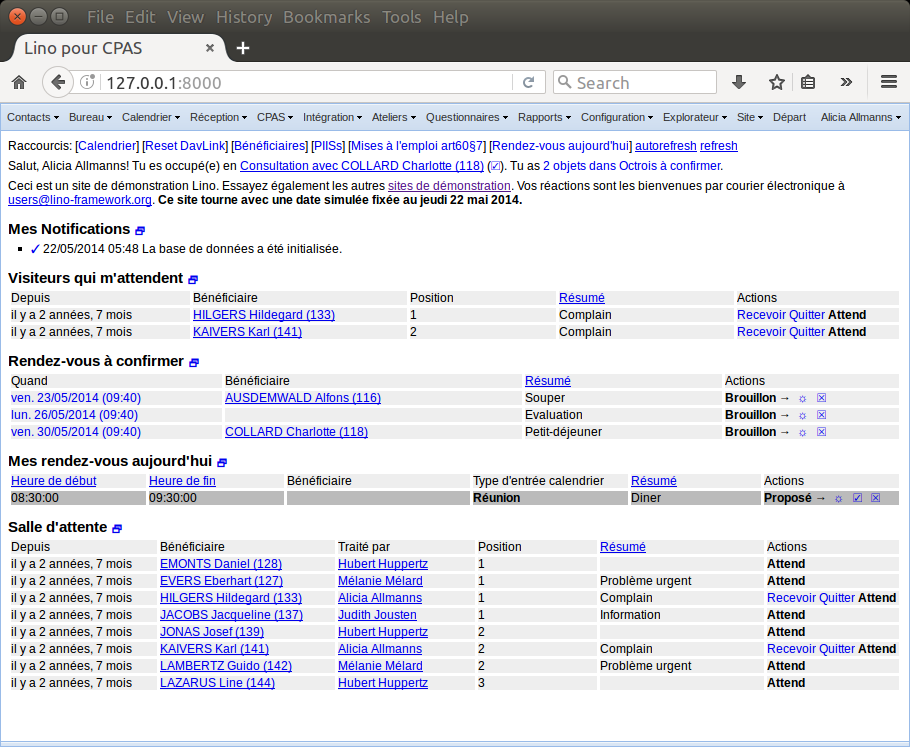 Above screenshots illustrate what our new attribute lino.core.site.Site.use_silk_icons means.

I had fallen in love with the new icons (which actually are no icons but unicode symbols) because they are less intrusive, can be copied into documentation text, … but I agree that it was naive to believe that end-users would feel as me.

Still fiddling with the notification system. I added a new field notify_myself (#1278) because at least during the current testing and development phase I want to get notified about my own actions, this will simplify things.

The Team variant or Lino Noi now also uses online registration (i.e. lino_noi.lib.users). This is not so much because we want this, but because otherwise I would have to write yet another user detail for the Team variant.