AJAX Confirmations had three buttons: Yes, No and Cancel. “No” and “Cancel” did the same, thus “Cancel” was useless.

For software with several releases over multiple years, it’s okay to use a range (“2008-2010”) instead of listing individual years (“2008, 2009, 2010”) if and only if every year in the range, inclusive, really is a “copyrightable” year that would be listed individually; and you make an explicit statement in your documentation about this usage.

Consider this blog entry as my “explicit statement about this usage”.

First of all: when did I start to work on Lino?

Probably the first publication of my work was in August 2003 on Sourceforge, but this repository has gone to Nirwana, there is only some news items witnessing my activity:

Lino now on Sourceforge — I finally registered Lino as a project at sourceforge. Currently there is nothing to see, not even source code, because I must get started to use all these possibilities. (2003-08-06)

imported source files to CVS — Uff, I finally managed to import the source tree into CVS. But still there is nothing to see on lino.sourceforge.net because I must now decide which CMS to use, and I must learn File Release System, too… (2003-08-14)

The first import to the project’s source tree was on 2004-08-18. At this time Lino was still part of the TimTools project, but there was already a module lino and also a file COPYING.txt which (at this time) contained the text of the GPLv2.

At this time it was hosted at BerliOS.de (who no longer do hosting). Later I imported the complete tree to Googlecode. 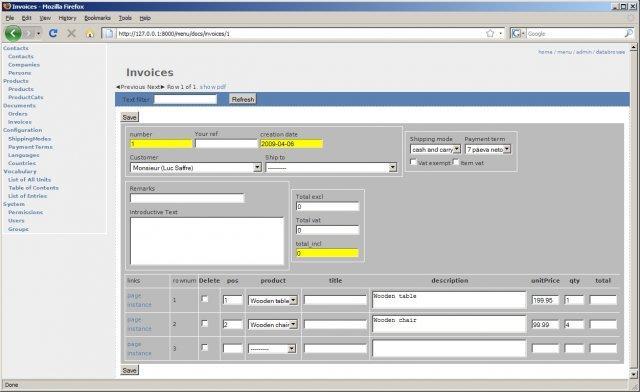 Just for fun, here is a screenshot of Lino Così in a similar situation: 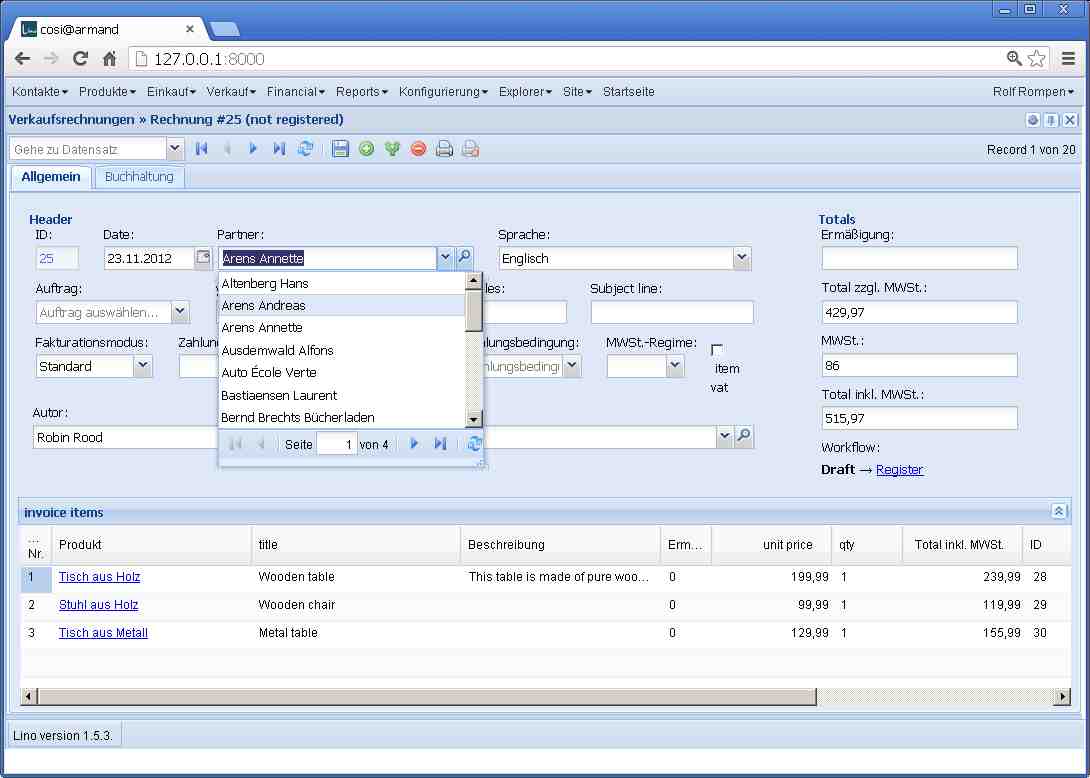 My work on Lino has evolved since 2003 through several repository hosters and through many different files. It happens that I paste file content from one place of the tree to another, rename files, remove whole trees of files…

So what is a “copyrightable” year?

For me this means a year where I did (and published) some change to a file. Each checkin is a publishing.

This also means that I may not automatically change the years in the copyright notes of all my files from “2012” to “2013” in two weeks! If I want to proper hande copyright requirements, I must take care *each time I do some change to some file*, to check whether the copyright years are appropriate! Yes, sir!

For example, /lino/utils/choosers.py is “Copyright 2009-2012 Luc Saffre” which means theoretically that I have published this file first in 2009 and have released changes to it every year since then. You may check this by consulting that file’s revision history. To make it more funny, you’ll see that this concrete file was first published in revison e5118fcd80e2 which is dated 2010-06-21. So why did I write 2009 then? There are several possible explanations: (1) inadvertance after copying the file header from some other file, (2) I pasted the content of that file from another file which had been published in 2009 or (3) I moved it from another location. Explanation (3) seems true since the same changeset also deletes a file /src/lino/utils/choosers.py. I’m not 100% sure because Mercurial or Google then seem to lose track of this predecessor…

Oh the poor guy who will have to check these things if ever I happen to get a law suit!

My personal opinion about all this is:

A spiritual work may never be private property.
When the author of a spiritual work publishes it, it becomes property of humanity.
The author remains the author forever and must be honoured appropriately when his work is being used.
No fee, just honour: mentioning the author’s name is enough.

Since my above opinion is juristically irrelevant and not going to get a real implementation very soon, I’m meanwhile doing my best to have accurate and correct copyright notices…